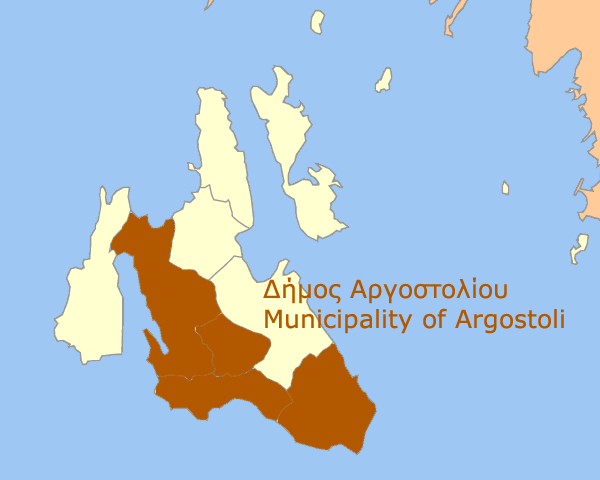 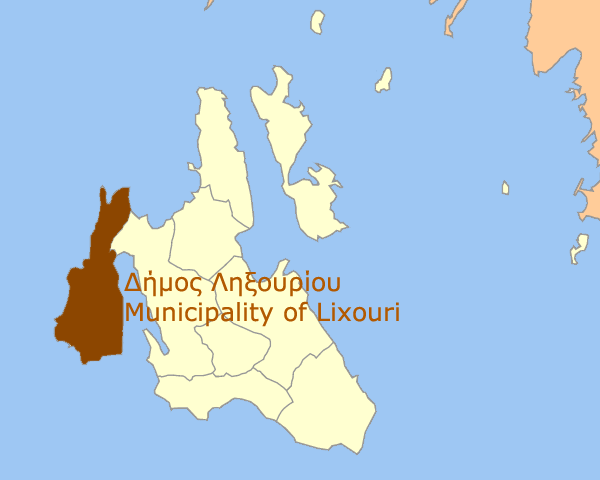 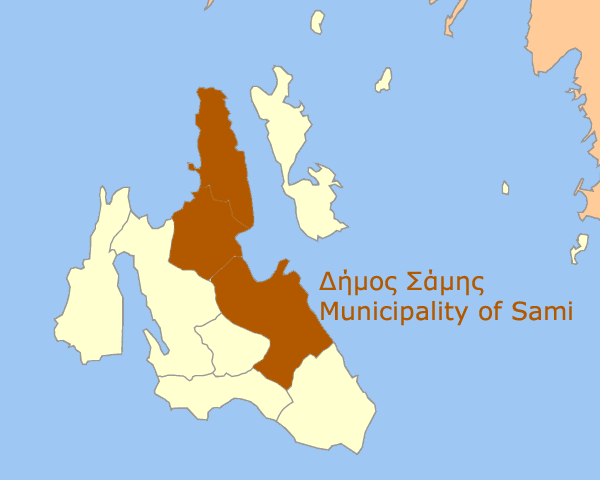 Argostoli is a modern city with 10,000 inhabitants built on the west coast of the spacious bay of Argostoli overlooking the opposite mountains and the Venetian castle of Agios Georgios.

The city will enchant you with sights, such as the stone bridge of Devoseto, the museums and the squares with spaces exclusively for pedestrians.

On a walk north of the city you can see a rare geological phenomenon, the famous Katavothres, where in large cracks in the ground seawater flows which then disappears to begin a mysterious journey across the island underground and to reappear on the east coast. of the island where it flows again into the Sea.

Immediately after Katavothres you will see the lighthouse of Agios Theodoros, with its special architectural form.

South of the city is the tourist resort of Lassi with beautiful beaches such as Platis and Makris Gialos.

The island’s airport is a short distance away.

In the center of the island is the valley of Omala 500 m. Above sea level where the large mountain Ainos dominates. Here you can visit the impressive cathedral of Agios Gerasimos, which is also the patron saint of Kefalonia. Next to the temple is the monastery of Agios Gerasimos where the relic of the Saint is kept in a silver sarcophagus.

Robola grapes are grown in the area and at the Robola Producers Cooperative, which is nearby, you can try and buy local wines.

The Robola variety thrives especially on the rocky mountain slopes of the area and at an altitude of up to 800 m. It is a white, tasty and cool wine that fits perfectly in the cuisine of Kefalonia.

Livathos, the area southwest of Argostoli, is relatively flat with crops of various species and beautiful villages.

The area has beautiful beaches such as Ai Helis, Ammes, Lourdas and Trapezaki.

The area of ​​Eleios-Pronnon is the southernmost area of ​​the Municipality of Argostoli. Green, with crops, many villages, mountains and sea, is an attraction for many visitors each year. Skala is the largest tourist resort on the island, thanks to its long sandy beach.

The most famous beaches are Skala, Kaminia, Mounta and Aragia.

Some of the attractions of the area are the Roman Villa in Skala, the Mycenaean tomb of Tzannata outside the village of Poros and the Monastery of Atros.

The church of Panagia Fidoussa in Markopoulo celebrates on the 15th of August in a unique way. Small harmless snakes appear at that time and are found in glasses in the church. Believers catch and touch snakes that are considered miraculous.

If you want to be in a landscape completely different from what you have seen in Kefalonia, then you must visit Western Kefalonia, which includes the Paliki peninsula.

Do not leave Paliki without seeing the historic Monastery of the Gardeners, which is built from the 17th century. In one of the most imposing landscapes of Kefalonia on a high rock about 90 m. from the sea.
The view from the Monastery is unique and it is worth admiring and photographing the famous sunset.
In Paliki is one of the most important wetlands of the Ionian, the wetland Livadi. Ideal place for bird watching, as it is a refuge for white herons, swans, greenheads and other rare species, mainly birds.

One of the most popular favorite areas in Kefalonia is the northern part of the island, Erisos, a beautiful mix of the old and the new.

In Erisos are many of the most touristic villages of Kefalonia, such as the cosmopolitan Fiskardo and the picturesque peninsula of Assos with its famous Venetian Castle, from where the view is breathtaking. The small villages of Erisos, Vasilikades, Antipata, Mesovounia, Komitata are built in the green, while the picturesque coves and the beautiful beaches are not missing. The most famous of all are the Seal, the Horgota, the Holy Jerusalem, the Emblisi and the Evreti.

Characteristic of Erisos is that the houses there are pre-earthquake, which gives it a special color.

In Erisos you can also see: the old Monastery of Paleochers, the Russian church in Antipata, and the islet of Asteris.

The area of ​​Pylaros, is adjacent to Erisos and is a valley between the mountains Agia Dynati and Kalon oros. The fishing village of Agia Efimia, is the most important village of Pylaros with a beautiful beach and a tourist anchorage.

In Pylaros, the second region of northern Kefalonia, is the most famous beach in Greece and one of the most beautiful in the world, Myrtos. Myrtos beach is the trademark of Kefalonia and its waters are crystal clear and turquoise.

Are there many smaller and crystal clear beaches along its entire coastline? Pylaros and wait for you to discover them!

The eastern side of Kefalonia includes the area of ​​Sami, the second largest port of the island, from where you can visit Ithaca, but also to cross the Peloponnese. Sami is famous because the movie “Captain Corelli’s Mandolin” was shot there “with Nicolas Cage and Penelope Cruz.

In the area is one of the most beautiful beaches of Kefalonia, Antisamos, with the calm turquoise waters and the green going down to the beach.
In the wider area of ​​Sami there are two wonderful creations of nature: The Melissani lake cave and the Drogaratis cave.

The visit to the impressive lagoon cave of Melissani, offers visitors a unique experience with the sun’s rays reflected in the waters of the underground lake and unfolding like a fan spectacular iridescences.

The Drogaratis cave is majestic like a sculpture, made of stalactites and stalagmites.

Other sights of Sami are the church of Panagia (dedicated to the Assumption of the Virgin Mary), ancient Sami, the church of Agios Fanentos, the Monastery of Panagia Agrilia and the lake of Karavomylos.